From 23 to 28 November 2016 I have been in Israel with my amazing startup Marketplace-Analytics / Sellics. I work for them as a freelancer 3 days a week, because the rest of the time I am into Music, writing, enjoying Life and Self-Development. We went there for team building and as a reward for our great work in 2016. It was very nice and I am very grateful that I can work for such a marvelous tech enterprise as a Business Development and Sales Manager.

Finally Wednesday Night at 23.40 our flight took off with 1,5 hours delay. The pilot from Tel Aviv was not able to land on the foggy airport in Schönefeld so he landed in Tegel. And then another pilot had to take the plane to Schönefeld, lol.

We arrived early in the morning at 4.30 in Tel Aviv and were brought to two wonderful Air BnB apartments. Both flats are suited central and like only a 5 minutes walk away from the beach of the Mediterranean Sea.

I have to admit that Tel Aviv is a very nice city. It has a huge underground scene in Music and in Graffiti. Also the startup and entrepreneurship scene in Tel Aviv ist quite massive and every second person from Israel who moves to Tel Aviv wants to be an entrepreneur and found his own startup. Quite impressive I guess.

Nevertheless Tel Aviv is a very expensive city, you can compare the prices to London, Paris or Zurich. But I really fell in love with the amazing food the Israel kitchen has to offer. Actually the kitchen is unbeatable, I never expected that it will be so good.

In the Restaurant called “Night Kitchen” I enjoyed the best food ever in my life. The Night Kitchen in Tel Aviv is probably the best restaurant I have ever eaten. We had like a 10 courses menu and how they prepared the vegetables and meat was incredible.

Furthermore I had a super tasty steak in a restaurant called “Shila” together with two beers I paid like 240 Shackle, that is somehting like 60,00 €.

When we arrived in the very early morning, we first went to sleep after the flight.
Then around 2pm we discovered the city by feet. Everybody could do how he feels and I was discovering the city with 3 other guys.

At a street snack bar we had a falafel that was alright, later we went to a cafe and walked thru the city to feel the energy of the city.
Finally we went to the nice beach and enjoy the warm sun and the fine temperature around 20 degrees. I felt good and grateful to escape the cold winter in Germany for some days.

In the early evening we relaxed at the beach with some beers from a shop, enjoyed the calm of the sea and the fresh air. Later we ordered a super tasty pizza from a fine restaurant called Pappas
and ate in our great Air Bnb apartment.

Friday was the workshop day. After Breakfast it started at 10am.

The workshop was about the goals and vision of our company and everyone could speak out honest, loud and clearly, whatever he or she had to say. After lunch we had anamzing workshop about Growth Mindset, that was super interesting. Although I have a Growth Mindset and automatically used it almost all my life, I still could learn alot of new things.

After the workshop around 20pm our whole team (all together 15people) we went to the restautrant Night Kitchen. We had reserved a huge table in advance and enjoyed the best food ever and some fine delicious wine. The Friday evening in Tel Aviv or Israel is like a Saturday night in Europe. So today the plan was to go out on some partys.

After the declicious dinner we first went to the Sputnik Bar that was like 3 minutes away around the corner. It is a very nice location.
There was even no entry fee. A stylish club, with an old school flair, that reminded me on the legendary Tacheles in Berlin when it still existed. They have a cosy outdoor area and inside two bars. One of the bars inside was directly at the dancefloor and it was quite busy therer. The Djane there play nice quality house music and I could enjoy the music.

We stayed there like 4 hours and around 4am we went to the Breakfast Club. It was not until 7 o´clock in the morning we finally came home very tired and some of us very drunk. What a crazy night.

At 13 o´clock our program continued and we visited the old city of Jaffa, the real center of Tel Aviv with a tourguide.
Two of us drank too much last night, and could not join us. The tour guide told us so many interesting things and she put a lot of effort in our tour. The old city Jaffa is so wonderful with its old walls and buildings, the so called real Tel Aviv said the guide.The history of Jaffa is very interesting and we could again learn a lot.

In the evening we went togehter for some burgers. The food and burgers were ok, but not as good as the evening before. With 15 people you have to make a reservation for a good restaurant.

On Sunday morning, which is in Tel Aviv like a Monday in Germany, we drove early in the morning at 8:30 am to Jersualem in a cozy private bus and booked guide.

We were on the trails of Jesus. The guide showed us some places from the Bible, where Jesus prayed and what paths he went.
Afterwards we went to the center of Jersualem. The Wall of Sorrows and the various districts where the three largest world religions (Christians, Jews and Muslims) live peacefully and respectfully side by side in quite a small area.
The best proof that there is no need for war and war is totally unnessesary. As a true believer you respect other religions. Unfortunately the extremists interpret their beliefs completely wrong.

After the visit of Jerusalem (only the center, within the walls) and a quick lunch, we went to the Dead Sea around 14 o’clock.

The Dead Sea, wow! This was a mega-crust experience with the salt water and its extra 48 healthy minerals.
The feeling of not going under and simply floating on the water was splendid.

Many of us smeared with the mud, which is said to be very good and healthy for the skin, since the mud, like the water, contains 48 valuable minerals.
At 6:00 pm at nightfall we drove back to Tel Aviv.

In the evening we had again a reservation in the very good Restaurant Shila at 21.30 in Tel Aviv. I made this reservation one day before, as I did not want to eat well by chance.
The reservation was worth it! This was again a feast and a very successful supper in a cozy round.
After the dinner everybody but me went further to a parking deck, where you could enjoy a great view over Tel Aviv and drank some more alcohol.

After dinner I went back to our apartment around 10pm. I needed to rest and wanted to be on my own. I read Hermann Hesse and needed time to reflect.

The next morning there was super nice summer weather with 25 degrees and gorgeous blue skies and sunshine. I could not miss that. Absolutely, I had to swim once again an extensive round in the Mediterranean Sea. That feels so good, fantastic!

Afterwards we had breakfast together, cleared our stuff and packed our things.

Around 13.30 we drove to the airport in Tel Aviv and we flew back to our beloved Berlin.

5 days were ideal for me to get a good insight and impression in a new country. It was a lot of fun with the people from our Sellics / Marketplace Analytics Team.

Due to the nice weather and the pleasant climate I was able to recharge my batteries. If it is cold and grey in Germany or somewhere in Europe, Israel is definitely worth a trip, in case you have enough money. A great change and a good alternative to cold Germany.

Here some cool pictures and impressions from our Israel trip. 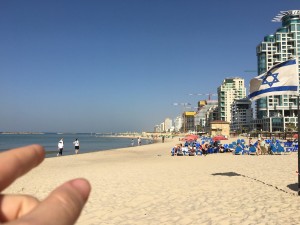 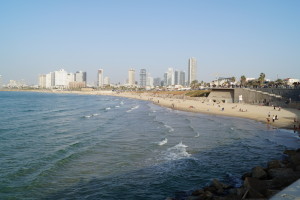 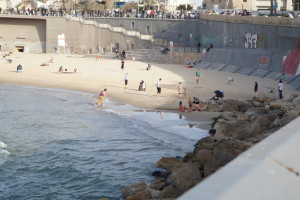 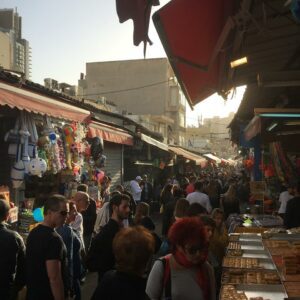 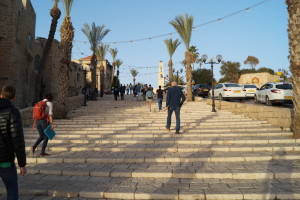 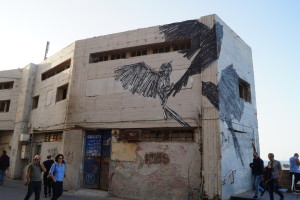 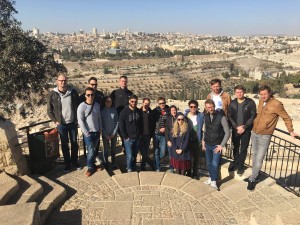 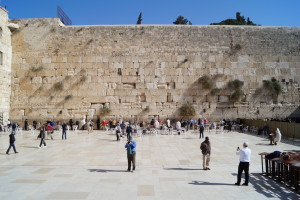 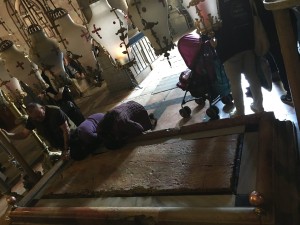 Praying where Jesus had been anointed 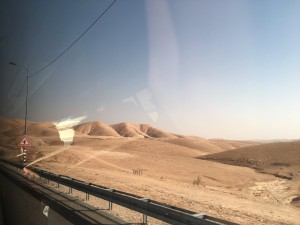 Way from Jerusalem to Dead Sea 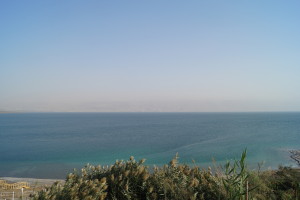 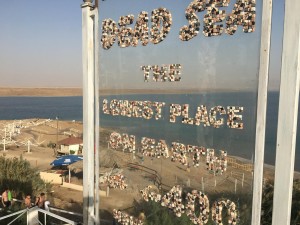 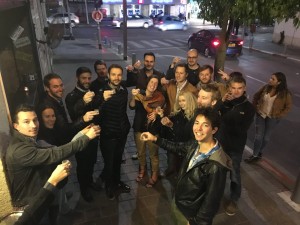